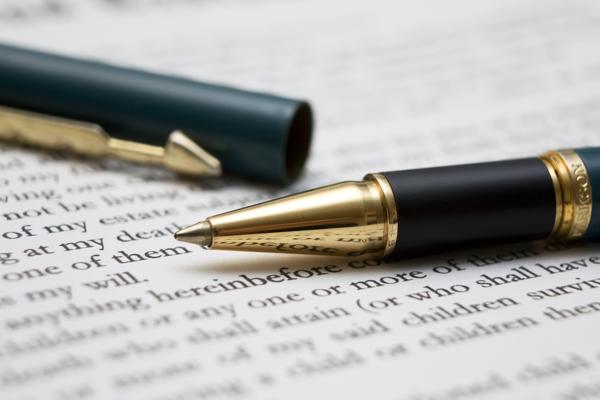 From Prabuddha Bharata, November, 1977 – The Math belonging to the Guru of Srimat Totapuri

(Published in 1977 – some information regarding heads of Ashrams and directions to Baba Ladana may have changed.)

We come across in Sri Ramakrishna the Great Master a reference to the Math (monastery) belonging to the Guru of Srimat Totapuri, who initiated Sri Ramakrishna into Sannyasa, and taught him Vedanta. It is said to have been situated at a place named Ludhiana near Kurukshetra in Punjab. On investigation we discovered that it is not Ludhiana, but Ladhana in District Karnal, of the present Haryana. (Dist.Kaithal now)

Since long, I had a desire to pay a visit to that Math, but it was not until the 31st of August 1962, that I had the privilege of visiting it. To reach the Math, firstly, one has to go to Kaithal, from where the monastery is situated at a distance of about seven to eight miles. Kaithal can be reached by bus from Ambala city, and the distance being forty-eight miles, it takes about two and a half hours to reach the place. The bus station, from which buses leave for Kaithal, is situated at a little distance from the bus station of the Ambala city. The buses carry the passengers up to the entrance of Kaithal town, from where pilgrims enter the town either on foot or by rickshaws. There is also another route for Kaithal town, by train. Firstly, one has to go to Narwana Junction which is on the Delhi-Firozpur line, and there board a train going to Kurukshetra. Kaithal is the fifth station on this line.

Just at the entry of this town, on the right side of the road, there is a big reservoir on the banks of which are situated two ancient Monasteries attached with numerous temples. The front doors of these monasteries are facing towards the road leading to the park of the town. The first monastery is named Baba Sital Puri’s Math, and the second one is known by the name Baba Rajpuri’s Math. Here monks belonging to any order are accommodated for as many days as they like, and the Ashramas provide them with Bhiksha (alms).

Ladhana village is situated straight at the distance of about seven to eight miles from Kaithal, towards south-western direction; the roadway is broad, but un-metalled and has been recently constructed. During rainy season, the road becomes muddy at places, so much so that even bullock-carts cannot ply over it. People visiting Kaithal town from Ladhana and back usually cover the distance by cycle or on foot, or even by riding a horse, there being no other conveyance besides these. During other seasons one can reach Ladhana by car.

At a distance of about half a mile from Ladhana, towards the left side, is situated the monastery belonging to the Guru of Srimat Totapuri, in a surrounding absolutely free from human habitation. The monastery at Kaithal also belongs to the same monk, and Baba Sitalpuri was a monk of this monastery at Ladhana. The local name of the place is ‘Baba Ka Ladhana‘, that is, Baba’s Ladhana. The Math is named ‘Baba Rajpuri Ka Math’, that is, Baba Rajpuri’s Math.

The present condition of the monastery beggars description, because it has become dilapidated and age-worn. The broken fragments bear testimony to the fact that once it had been a place of supreme grandeur and gravity. The house is a vast one-storied palace of bricks, consisting of innumerable rooms. The roofs have fallen down by the ravages of time, only the walls are standing like skeletons. The two or three roofs which are still existing are also in a pitiable condition, ready to fall at any moment.

Towards the western side there is a water-reservoir of middle size, consisting of pucca ghats or bathing places, separate for men and women. The water at one time most probably had been crystal-clear, but now it is not so. Two big wells are situated within the monastery, one of which is in use, the water being drinkable and soothing.

There are altogether five temples within the Ashrama compound; the first is meant for `Dhuni’ or keeping fire. This is the biggest and highest of all the temples and for twenty-four hours fire is kept burning in this temple. Most probably the monastery belongs to Naga sannyasins; that is why the sacred fire or ‘Dhuni’ is so highly revered. The second temple is assigned to Lord Shiva. The third one is constructed on the Samadhi of Baba Rajpuriji, the founder of the monastery. The fourth is the Samadhi temple of Baba Nehalpuri and Baba Siddhapuri, two monastic disciples of Baba Rajpuriji, and four other anonymous saints. The fifth temple is built on the Samadhi of Baba Totapuri, and one anonymous disciple of Baba Totapuriji. Those present in the monastery could not throw any light on the name of the Guru of Srimat Totapuri. Besides these, within the campus of the monastery and encircling it there are about thirty to thirty-five Samadhis of saints, resembling the `Naivedya’ or offerings to the Deity, and are nothing but raised and white-washed earthen heaps.

The present Head of the Ashrama is named Baba Badripuriji, his Guru being Srimat Kedar Puri; Kedar Puriji’s Guru was Srimat Gopal Puri. Beyond this no information could be gathered from them about the names of the line of Gurus. Swami Badri Puriji is staying there for the last 27 to 28 years, his age then being about seventy years. The total number of monks living there is only three. One of them keeps ac-counts, and has one Ashrama at the Ladhana village, and he spends the night in his village hermitage. The two other monks stay in this Monastery all the time. The monk, who is in charge of daily worship and stores, is named Baba Shyampuri; and the monk who keeps accounts is known as Baba Chote Puri. I did not see them wearing ochre (Gerua) clothes; they put on a white dress. On their necks could be seen a Rudraksha bead, sewn with thread.

The Monastery had immense property in the form of lands, mast of which have been taken over by the Government; but whatever are still remaining are in no way negligible. From very ancient times a big fair is organized at this monastery during Durga Puja Festival, on the Navami Day. Pilgrims visit the fair from distant places, and after bathing in the reservoir, offer Puja at the Samadhi temple of Baba Rajouriji.

Baba Rajpuriji had deep intimacy with the then Nawab of Kaithal, Narsebaj Pathan. It is known that Rajpuriji was a keen lover of the game of dice, and a past master in that game. Therefore, the Nawab Saheb used to invite Puriji to his palace occasionally, and both would engage themselves in the game of dice. One day when they were playing at dice, suddenly Puriji began to laugh, and, just after some moments, began to weep bitterly. Being surprised, Nawab Saheb asked Puriji Maharaj the reason of such rapid changes in his temperament. To this Puriji replied: ‘In the Delhi royal court one beautiful damsel was entertaining the audience by her superb dancing, and the audience being charmed were regaling at the enchanting performance, therefore, I was also laughing being highly pleased. But suddenly, that dancing girl collapsed and died; and the hearts of those present were gripped by intense remorse at this most tragic incident. That is why I was also weeping, sharing in their grief.’

The Nawab Saheb immediately dispatched messengers to Delhi in order to verify the statement of “Puriji” and came to know that the incident was absolutely true. As a result, the reverence of Nawab Saheb for Puriji became all the more intensified. Later, the Nawab Saheb himself got that vast Monastery and the water-reservoir constructed near Ladhana village, and gave vast lands as a gift for its maintenance. Another famous personality. Amar Singh Rathor, had also a share in the erection of the Monastery.

The present condition of the Monastery is deplorable, and vibrations of pity rise in the heart of the visitors, though the income is still quite noteworthy. All the monks take their meals only once in the day time, there being no provision for supper. At about 9 pm. the Pujari Maharaj read Tulsi Ramayana for a while, then all went to bed. The condition of the Ashrama produced an impression that rarely any monks or guests pay visits to the Hermitage. I was struck with sorrow with the recollection that this place, where once the Guru, having knowledge of Brahman, used to impart various instructions on the teachings of Vedanta leading to the attainment of Brahma-Vidya or supreme Knowledge to many worthy spiritual aspirants, has been reduced to such a miserable condition! I began to reflect on the unflinching ravages of time, devouring all ancient glories within its endless abyss.

The name of the Founder-Guru of this class of monks was Marhi (मादी) Bhagwan Puri, from whom this sect of sannyasins has originated; therefore, in Hindi language, his lineage is termed as ‘Marhi’, which signiﬁes house or the source of its origin. Below is given a list of names according to the descending order of Gurus-cum-disciples: Marhi Bhagwan Puri, Jagmohan Puri, Janged Puri, Hardwar Puri, Mansa Puri, Saraswati Puri, Raj Puri, Siddha Puri, Bhandar Puri, Dalel Puri, Aan Puri, Tota Puri, Chaitanya Puri, Hazari Puri, Gopal Puri, Kedar Puri, Badri Puri and Shyam Puri. Beyond this, nothing more could be known about the sacred Ashrama where once Srimat Totapuri lived.